All Is Happening at the Same Time 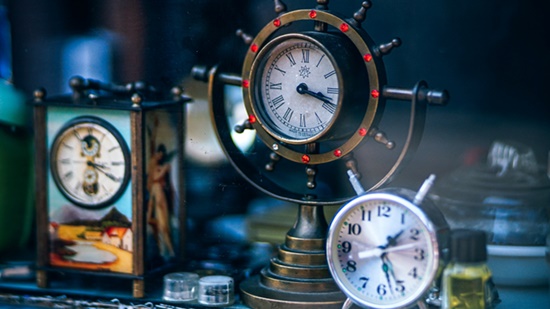 I often ponder this concept that there is no time and that all time exists only in our experience of it. Time is not linear in the Cosmos. We observe stars many light-years away, that have long since died by the time their light reaches us. Paleontologists believe dinosaurs became extinct 35 million years ago. What if we could travel 35 million light-years away and with a strong enough telescope to view the earth. If so we would see dinosaurs roaming Earth. So couldn't we in theory travel to any moment in time and literally "review" it?

The perception of time plays an essential role in our lives. Space and time define the coordinates of the physical reality we live in. Our senses give us perceptions, which we consider real and help us integrate into the environment. The nature of time is a subject that has preoccupied scientists, philosophers, and yogis alike.

Science admits two fundamental theories that attempt to clarify the nature of time. The first theory views time as a linear phenomenon where only the present moment exists and can be experienced. The past is over; the future does not yet exist. Most human beings adopted this assumption of linear time. We need the calendar, the watch, a particular chronology of events to have some order in our daily lives.

According to the second theory, past, present, and future - all moments exist simultaneously. In the 1920s, J.W. Dunne wrote a book "An Experiment in Time" where he regarded consciousness as an essential factor in understanding the notion of time. In his book, the author describes his dreams, a mixture of past, present, and future events. All those experiences led him to the idea that all moments coexist simultaneously.

Past, Present, and Future Exist Simultaneously

The theory of relativity forced scientists to abandon the classical concepts of absolute space and time. Mendel Sachs expressed the importance of this step forward: "....relativity theory holds that spatial and temporal coordinates are merely elements of the language that an observer uses to describe the environment."

Oriental sages and yogis considered the notion of time as states of particular resonance of consciousness with specific energies. They realized through deep meditation that the conventional notion of time does not represent the ultimate truth. Advanced yogis have known since ancient times that time is a dynamic energy characterized by specific vibrational frequencies.

Both quantum physics and oriental spirituality states that all the concepts we use to describe nature, including space and time, are constructions of the mind. Oriental philosophy has always considered that space and time are relative, limited, and illusory constructs of the mind. In Buddhist texts, we find the following statements: "... the past, the future (...) are nothing but names, thought-forms, words of ordinary language, they are only superficial realities."

Our notion of time serves to order things and events in our environment and has paramount importance in our attempts to understand reality. Western civilization defined time as duration, as an objective and calculable process. Many renowned researchers today confirm that time is energy. The Russian astrophysicist Kozyrev says that: "The subtle energy of time does not propagate like light waves, but manifests and propagates instantaneously."
D. T. Suzuki states: "In the spiritual world there are almost no temporal divisions such as past, present, and future, for they have contracted there into a singular ecstatic moment of the eternal present in which divine life is quivering in its true sense... Past and future are both fused into this beatific present moment of enlightenment."

Scientists discovered in the past decades what everyone can experience through deep meditation: all is happening at the same time. All is happening Now.